Since its establishment in 1998, Safewell International has adhered to the core values of “creating safety and feeling at ease” and is committed to bringing customers safe and secure products and services. Through more than 20 years of unremitting efforts, it has become one of the leaders in the safe industry. . As early as 2017, Mr. Xu Punan was invited as an entrepreneur representative to make an important speech at the 2nd China-CEEC Cooperation and Development Forum. After the 1st China-CEEC Expo in 2019, Romania’s State Secretary and Ministry of Economic Affairs Deputy Minister Ms. Mihaela and other officials and entrepreneurs delegation, accompanied by the Romanian Consul General in Shanghai, Mr. Neagu, visited Segway for guidance. During the visit, Safewell’s corporate strength and humanistic environment were highly appreciated by Romanian officials and entrepreneurs. Acknowledged, both parties have expressed their desire for win-win cooperation in the future. After nearly two years of cooperation and exchanges, Segway has reached a preliminary strategic agreement with partners in Romania, Bulgaria and other countries, and plans to establish manufacturing bases in these countries.

With the increasing cooperation between Safewell and Central and Eastern European countries, the China-CEEC Expo has also become one of the most important new product launch platforms for Safewell’s security and communications industries each year. Our exhibiting team continues to grow, product professionalism continues to upgrade, and more customers lock into the SAFEWELL brand, which makes SAFEWELL’s immediate transaction volume and order value continue to rise.

The security industry mainly promotes new imported fireproof boxes, which have superior fireproof performance. They have obtained Japanese JIS standards and South Korean KS standards. They can be burned for one hour in a high temperature environment of 1030 degrees. The internal temperature of the safe is always kept below 150 degrees to avoid carbonization of the paper. At the same time, the panel part of the fire box does not have any keyholes and locks. The inside of the tempered glass and decorative panel is (steel plate + fireproof material specially developed by 40 years of accumulated technology + steel plate). When subjected to an external attack, it takes 3 to 4 times longer than a traditional safe to drill a hole.

At the same time, the exhibition also includes the Golden Time Home Safe, which has been popular since its launch. Its appearance design and patented touch panel cooperate with mobile phone remote real-time monitoring, NFC unlocking and other new features that keep pace with the times, making the safe more convenient and comfortable to use. Laser micro-slit cutting, new patented lock bolts, reinforced solid panels and other hardware, combined with virtual password anti-peep mode, also greatly improve the safety of the product. In addition, the colorful safe has been favored by many customers with its outstanding design.

One Belt One Road

Safewell seized the opportunity to boldly “go out” to promote Siegwerk’s export-oriented economic transformation and development, and enhance its true competitiveness in the international market. Now the country proposes the “One Belt One Road”, which is a new round of opportunities for Shengwei companies. In the trade and investment of cooperation in Central and Eastern Europe, the vast number of small and medium-sized enterprises are of special importance. As one of the successful enterprises that have “goed out”, Sengwei is obliged and willing to connect with the international “Belt and Road” initiative. In terms of cooperation and exchanges, we will seize the opportunity to tap the advantages of the 16 countries in Central and Eastern Europe to carry out a new round of “going out” and obtain another improvement and development!

How To Choose Right Commercial Safes For Your Business?

Everything You Need To Know About Burglary Safe Rating!

As a trusted safe supplier, we provide a comprehensive range of safes and security products, and open up a path for your market. 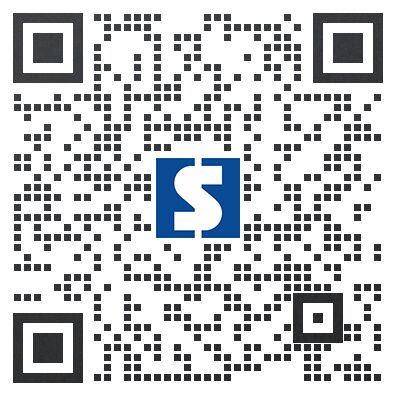